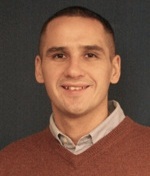 The provincial NDP will nominate a candidate to replace Judy Wasylycia-Leis in the Winnipeg North ward tonight.

Wasylycia-Leis resigned her seat in April to seek the position of Winnipeg’s next mayor.

Kevin Chief is the only candidate seeking the nomination and has a wide-reaching community background. Chief is the coordinator of the Innovative Learning Centre at the University of Winnipeg and Executive Director of the Winnipeg Aboriginal Sport Achievement Centre.