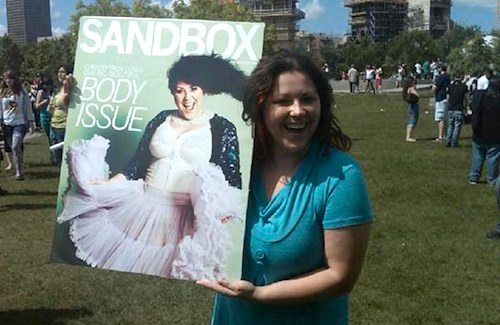 The mag also includes an intimate interview with Chrissy regarding body image, plastic surgery, her small town upbringing and her future life goals.

“When I left the photo shoot, I didn’t want them to touch the makeup or the hair, I just wanted to drive around looking like that all day. I felt unbelievable,” said Chrissy Troy. Not to make it sound like she’s high maintenance, but the magazine says it took more than six hours, five outfits and a talented team of ten to put her together.

The print issue of SANDBOX launched in March 2010, before being available exclusively online since November 2009. The magazine is produced by co-creators Jeffrey Vallis and Braden Alexander.