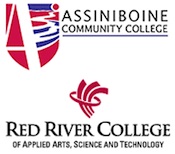 Staff at Assiniboine Community College in Brandon and Red River College in Winnipeg have voted in favour of strike action after casting ballots Thursday night.

“The results of this week’s vote sends a clear message to the employers that what they’ve presented to members thus far is an insufficient offer,” said MGEU president Peter Olfert.

MGEU members have been upset for several months over a lack of progress at the bargaining table with respect to wages and health benefits.

But don’t count on seeing members walking the picket line immediately. There is still four days left of scheduled bargaining remaining in June. If a deal can’t be hammered out in that time, approximately 1,600 college employees throughout the province will have the option of setting a strike date.

“It’s not over yet,” added Olfert. “The next step for the committee is to return to the bargaining table and work to reach a fair and reasonable settlement.”