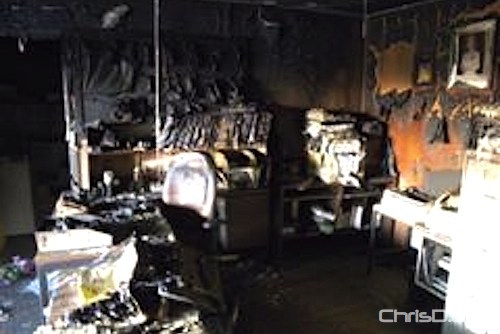 The Ethelbert RCMP Detachment sustained damage in the early hours of Tuesday morning when a fire broke out.

A passing Canada Post employee spotted smoke coming from the building at about 5 a.m. and notified firefighters.

The detachment contains an office area, which suffered the most severe interior damage, and a joined living quarters, which only sustained some smoke damage.

There was one staff member in the residence at the time of the fire, but no one was injured. No other staff or prisoners were in the building at the time.

No damage estimate is available, and the cause of the blaze remains under investigation.

Policing services to the area will be provided by the Grandview RCMP Detachment.

Ethelbert is located about 390 km northwest of Winnipeg.

UPDATE: July 28, 2010 — The investigation has revealed the cause of the fire was arson. Police continue to investigate.