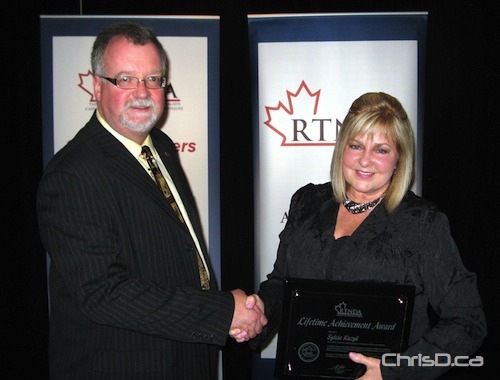 The award was presented to Sylvia by RTNDA president Cal Johnstone (left) at the Prairie Regional Awards Banquet.

Having joined the industry in 1974, Manitoba’s most recognized weathercaster has over 35 years experience.

Also picking up an award was CTV Winnipeg itself. The station won the Bert Cannings Award for best newscast in a large market for CTV News at 6.