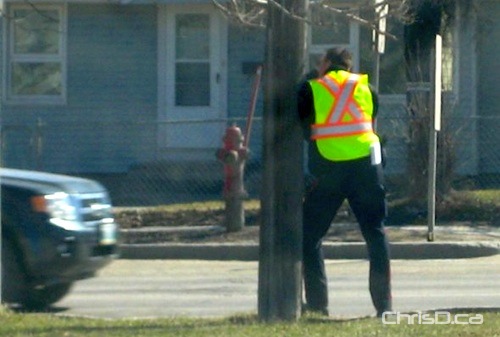 Watch your speed when travelling down Taylor Avenue between Waverley and Wilton Streets, or you’ll be dinged with a ticket.

Winnipeg police will begin enforcing the speed limit of 60 km/h in the construction zone today, as workers have raised concerns over fast-moving vehicles in their work zone.

But don’t try to spot those Dodge Caravans with the front-mounted cameras, because police will be using traditional enforcement, like shown above on Kenaston Boulevard.

Construction will be ongoing for the next four months and enforcement will be employed in this area at different times throughout the four month period.