Home » News » Robinson Has Backing of Firefighters’ Union for Council

Robinson Has Backing of Firefighters’ Union for Council 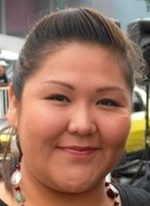 Former CTV reporter Shaneen Robinson has the full support of the United Fire Fighters Union of Winnipeg in her run to be the city’s next councillor.

On Tuesday, the UFFW drew attention to Thomas’ vote to cut 52 firefighter positions in 1998. Thomas endorsed her executive assistant Darryl Livingstone to run for her council seat, but was unsuccessful in helping him seal a nomination.

On her Facebook page, Robinson made note of clinching the nomination on June 21 — National Aboriginal Day. “What better day … to come one step closer in electing the first Aboriginal woman to Winnipeg’s city council,” she wrote.

Shaneen is the daughter of MLA Eric Robinson.

City residents head to the municipal election polls on October 27.