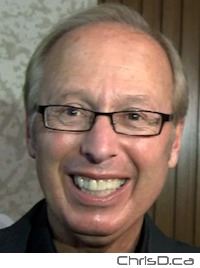 Mayor Sam Katz has finally released details on his campaign team, just days after filing his election papers to run in the upcoming civic election.

In a news release Friday, the mayor’s campaign manager was unveiled as Marni Larkin — also serving as one of the fundraising co-chairs — while co-campaign chairs will be Paul Edwards, a Winnipeg lawyer and former leader of the Manitoba Liberal Party, and Theresa Harvey Pruden, former Assistant Deputy Minister for the Provincial Department of the Status of Women and former Director of the Healthy Living Office and Coordinator for Healthy Living Initiatives. Senator Rod Zimmer and Senator Terry Stratton were named as fundraising co-chairs.

“Often the best advice I receive is from fellow Winnipeggers that I meet on the street,” said Katz. “I appreciate all the phone calls, emails, and faxes from those Winnipeggers who are passionate about our city, and take the time to let me know their priorities. I look forward to spending the summer talking with Winnipeggers about those priorities.”

The release also made mention of ensuring a safer community and providing a climate for economic growth to be Katz’s priorities.

Citizens will cast their ballots on October 27.