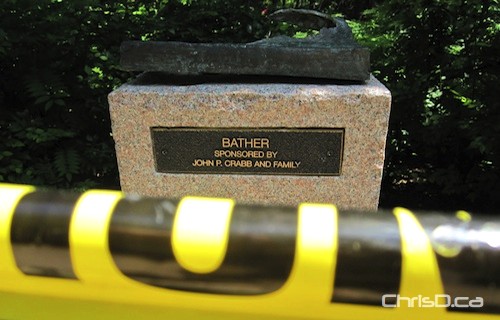 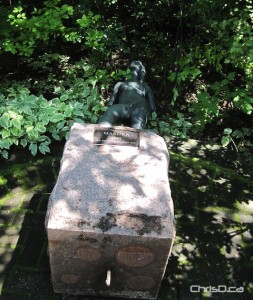 Winnipeg police have located the stolen Leo Mol sculpture that went missing earlier in the week from Assiniboine Park.

“Bather” is valued at over $18,000 and weighs about 150 lbs. The 112-centimetre tall bronze statue was damaged at the base when it was taken, and another nearby sculpture called “Marijka” (right) was tipped over.

On Thursday morning, police found Bather behind a residence in the 100 block of Furby Street after residents spotted it.

Thieves would have had to lift the statue over a 6-foot tall fence at the Leo Mol Sculpture Garden in order to make off with it. The theft is puzzling to both police and Assiniboine Park officials.

Security at the park is currently under review.

No arrests have been made in the case.