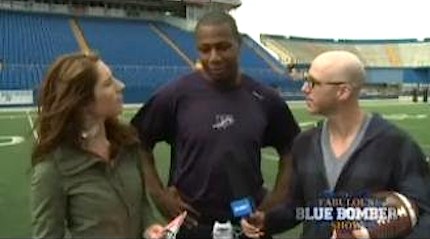 Hosted by Kim Babij and Ace Burpee, the show is known for providing an entertaining look at the players both on and off the field throughout the CFL season until November.

According to Shaw, the most common question viewers have is, “When can I see it?” The FBBS runs on the Shaw wheel Wednesdays and Thursdays, so there’s no specific time when you can catch it. However, Shaw says all episodes will be posted online, and will eventually be available in the Video On Demand library.

With the Blue Bombers currently sitting in the top spot in the East Division, things are really looking fabulous this season.