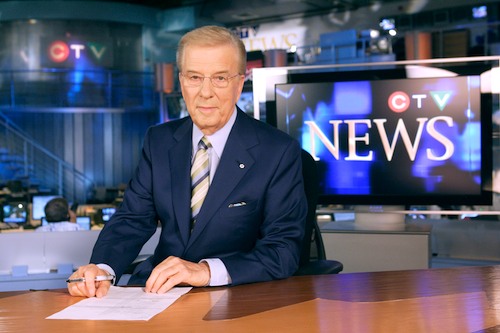 And that’s the kind of career it’s been.

Lloyd Robertson is stepping down from the CTV anchor desk in 2011, the legendary news anchor announced Thursday.

The host of “CTV National News” will end his lengthy hosting career toward the latter half of next year, a statement from CTV read. Robertson will move into other roles at the network, similar to what Larry King plans on doing when he leaves his CNN show in the fall.

A successor for Robertson will be named on Friday.

The 76-year-old will have hosted the program for 35 years once he departs.