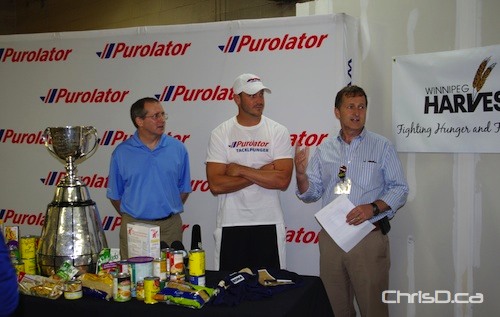 A coveted piece of football hardware was on display Thursday at Winnipeg Harvest.

The Grey Cup made an appearance as part of a photo op for Purolator’s “Tackle Hunger” campaign in support of the local food bank.

Fans can get the chance to have their photo taken with the cup by donating a non-perishable food item as part of “Tin for the Bin” at tonight’s Bomber game, or by making a cash donation. The cup will be located on the north side of Canad Inns Stadium.