Lisa LaFlamme to Take Over for CTV’s Lloyd Robertson 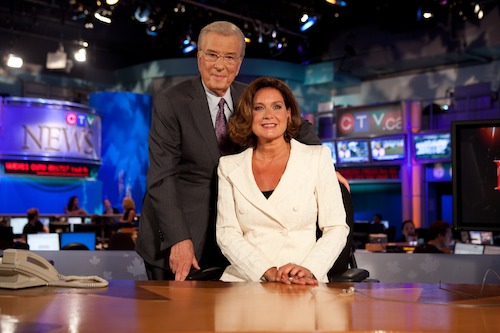 On Friday morning, Lisa LaFlamme was named as his successor. LaFlamme comes to the big CTV News desk with years of reporting and anchoring experience and is already a familiar face to viewers as the network’s national affairs correspondent.

Robertson — the current host of “CTV National News” — will have held the position for 35 years when he steps down in the latter half of 2011.

“To follow in the footsteps of Lloyd Robertson is an enormous honour and extremely humbling,” LaFlamme said in a statement released by CTV. “He is an institution, the very foundation that fair and honest journalism is built on, and has personally taught me so much about this business that I love.”

CTV noted that Robertson will share anchor duties with the 22-year news vet throughout the following 12 months before LaFlamme assumes the position full-time.