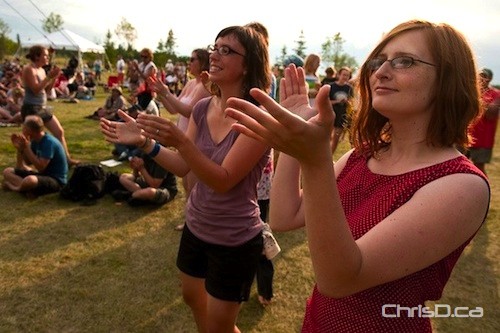 It was a hugely successful year for the 37th annual Winnipeg Folk Festival, as five days of music and other folk fest goodness invaded Birds Hill Park.

Organizers added an additional day this year to squeeze in as much as they could, but some festival-goers think it should run 7-10 days annually. Based on demand, that would probably be feasible in the future.

The Folk Festival broke a record this year for having the highest attendance ever. 76,480 people came to Birds Hill Park, which is approximately 3,000 more than in 2009.

View the photo gallery below from Saturday at the festival.

View photos from Sunday below.