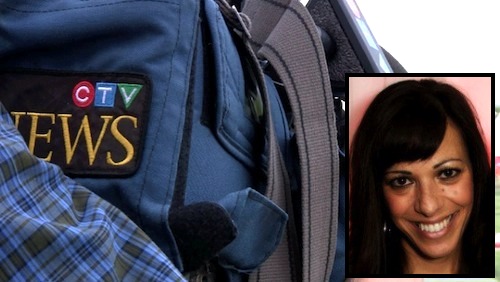 CTV Winnipeg is looking to hire a new weekend anchor, and will move current anchor Caroline Barghout to the weekend reporter role, ChrisD.ca has learned.

That means the city’s most famous newswoman (we take partial credit in that) will no longer be paired up sitting next to Leah Hextall on the weekend desk. In simpler terms, the Saturday and Sunday newscast will never be as entertaining as before.

In addition to Caroline’s weekend reporting duties, she will also report three days during the workweek. Basically, she will take over Stacey Ashley‘s reporter role, as Stacey moves into the full-time CrimeWatch beat Monday to Friday.

We’re told the change was requested by Caroline herself, and was not initiated by management.

An ad for the position was posted by the station Tuesday on Workopolis, which comes with a full plate of responsibilities.

Among the qualifications is a minimum of three years experience working in a television newsroom. Sorry recent CreComm grads, but moving into the anchor chair straight out of school may be a tad ambitious anyway.

Working knowledge of Gateway — CTV’s internal system which makes it possible to share news pieces with every bureau across Canada — is also something the successful candidate must be familiar with.

As for those famous bloopers viewers have become so fond of … unless Caroline butchers a live hit, those days are over.

In other local CTV News, reporter Rachel Lagacé will be off for a year beginning Wednesday, as she goes on maternity leave.