Home » News » Arrest Made in Historical Manitoba Homicide of Divas B.

Arrest Made in Historical Manitoba Homicide of Divas B. 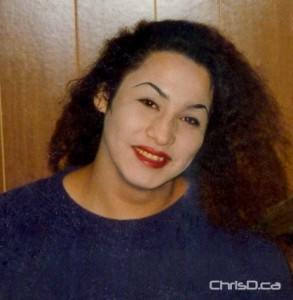 Manitoba RCMP have made an arrest in the cold case murder of David Joseph Boulanger aka Divas B.

RCMP made the announcement Friday, saying the 2004 murder of sex-trade worker Divas B. was solved, and a suspect had been remanded in custody.

Theodore Raymond Herntier, 40, has been charged with second-degree murder. Herntier was located and arrested by investigators on Wednesday, July 14 near Arcola, Saskatchewan. He will appear in Winnipeg court at a later date.

Divas, 28-years-old at the time, was a two-spirited or transgendered sex-trade worker in Winnipeg whose body was found on November 3, 2004, at a rest stop approximately eight kilometers east of Portage la Prairie, Manitoba. Divas was reported missing by a family member on October 18, 2004.

Police say Divas was last seen alive during the late night hours of September 28, 2004 in Winnipeg.