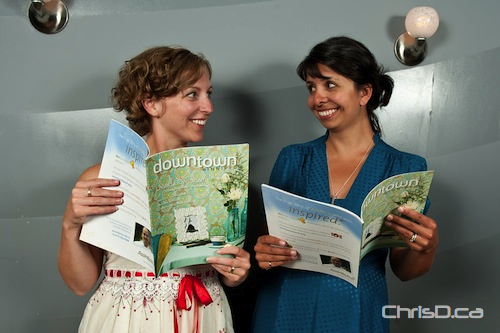 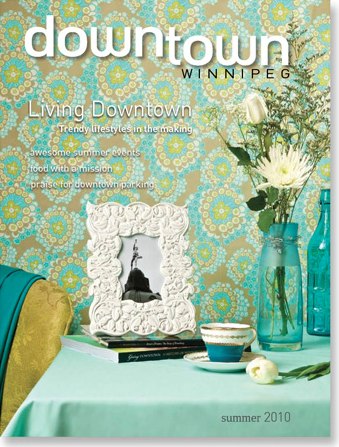 The official launch party took place Friday evening at the Lobby on York. And judging by the smiles of BIZ employees Jolene Olive and Nisha Tuli (above), it’s a pretty good read.

Downtown Winnipeg Magazine is now available at Winnipeg Liquor Marts across the city, as well as in stores, restaurants, hotels and entertainment venues throughout downtown, and in the downtown walkway system.

The magazine will highlight downtown’s best features while also exploring its growth and development. The cover feature of the first issue focuses on downtown living.

“Downtown is growing and changing for the better everyday,” said Stefano Grande, Downtown BIZ executive director. “We wanted to create something that showed that off through a beautiful and memorable publication that not only demonstrates all the strengths of downtown but also educates and entertains people.”

The magazine will be published bi-annually in 2010 and has a distribution of 40,000 copies.

An online copy of the magazine is available for viewing at DowntownWinnipegBIZ.com/downtown_magazine

View photos from the launch party below.