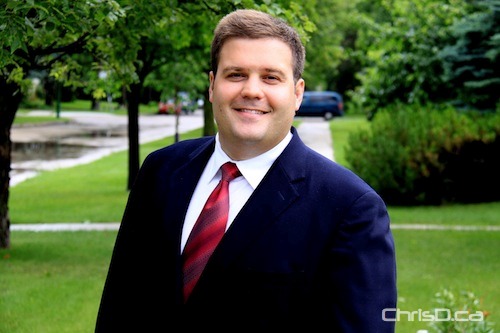 A new candidate for the race to take the River Heights-Fort Garry city councillor seat emerged on Monday.

Michael Kowalson has jumped into the civil election race to battle incumbent John Orlikow — who Kowalson says has been silent since his victory in a by-election in March 2009.

Kowalson is a community leader who owns two Subway franchise restaurants in River Heights, where he resides with his partner Alix Kravetsky and 11-month-old son Garrey.

“River Heights-Fort Garry needs a stronger voice on city council,” Kowalson said in a news release. “The serious issues we face require serious people to solve them. Issues such as crime and safety, better community facilities, badly needed upgrades to our roads and back lanes and a fair and equitable property tax bill require a councillor who is able to find solutions, not one who’s just keeping the seat warm.”

Winnipeg voters head to the polls on October 27.