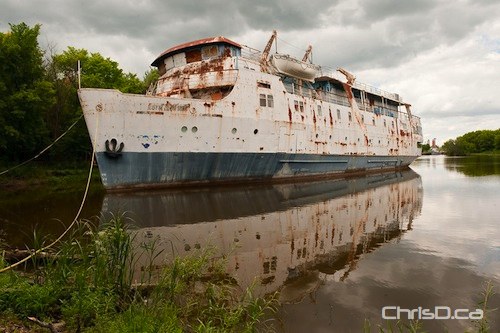 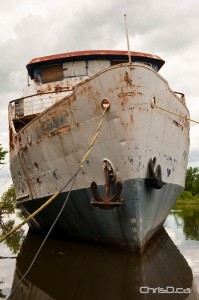 A ship that has sit docked and abandoned since 1990 will soon vacate its location near Selkirk Park.

MS Lord Selkirk II sailed its last voyage 20 years ago and has been somewhat of a landmark in the area northeast of Winnipeg since then.

But now, residents living nearby will no longer have to look at the rusted-out vessel that once sailed the province.

The ship has been sold to a company in China who will strip it down and use for scrap parts. No exact word on when the company will come to begin dismantling it, but officials believe it will be sometime in August or September.

Over the years the ship has been vandalized and targeted, which has warranted a security watch to be put into effect recently.

Selkirk city councillors have been trying to get the ship moved for over a decade, but haven’t had the authority. Because the ship is in water, it’s under the ownership of either the primary owner, or the department of Oceans and Fisheries.

MS Lord Selkirk II was originally built in 1969 and replaced the retired MS Kenora. Before retiring in 1990, it sailed the Red River and Lake Winnipeg for 17 years.