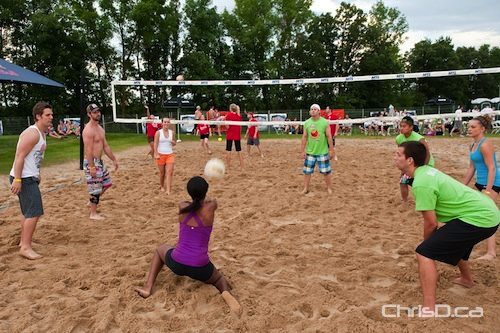 Mother Nature couldn’t have been better the last two days for the 2010 Super-Spike volleyball tournament.

Crowds converged Friday and Saturday on Maple Grove Rugby Park in south Winnipeg as 217 volleyball teams took to the sand.

Organizers say this year’s Super-Spike broke registration records for the seventh year in a row.

Red Bull hosted a beach party to close off the event last night after the headline bands performed.

Participants enjoyed themselves so much this year, they have suggested making the tournament three days next year and extending it to Sunday.