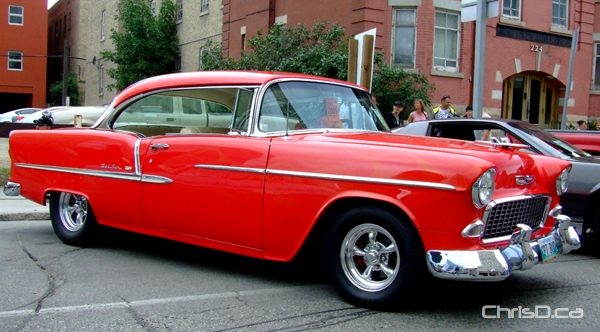 The 11th Annual Cruz-In-Downtown car show is set for Saturday, August 7 at the Pony Corral downtown.

Organizers held a press conference on Wednesday, where they unveiled details of this year’s event. All the action will be located at St. Mary Avenue and Kennedy Street, with a parade kicking things off at 11:40 a.m.

The Downtown Winnipeg BIZ is one of the key sponsors this year, offering up a free kids zone, petting zoo, carnival games, inflatable rides and other activities.

The featured car club this year is the Drag Racing Association of Manitoba. Other clubs from across the province will also line the streets.

The extremely popular burnout competition returns on York Avenue and Edmonton Street. Spectators can safely see and feel the power produced by some of the of the classic and late model cars in a safe, controlled environment. The entry fee is $20.

Cruz-In-Downtown participants may pre-register at a cost of $10 on Sunday nights at the Pony Corral Restaurant at 400 Wilton and Grant Avenue, and at all Piston Ring locations. For more information, call John or Beverly Dyck at 889-7822.

Proceeds from the car show go to support The Rainbow Society.