Home » Entertainment » Celebration at The Forks Kicks Off 41st Folklorama

Celebration at The Forks Kicks Off 41st Folklorama 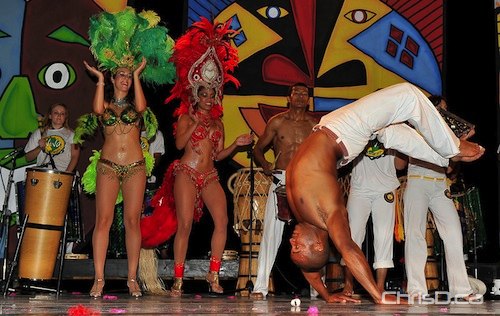 The world’s largest multicultural event is set to begin on Sunday, as Folklorma kicks off its 41st year.

The annual summer gathering draws thousands of people to venues across the city, including bus tours from the U.S. But while organizers say they expect a lower attendance from out-of-towners this year, the party will still be as lively as ever.

This year there are 41 pavilions citywide, drawing an average crowd of about 425,000 annually — which is lower than than 442,000 people who visited Folklorama in 2009.

The 14-day event runs from August 1-14, but will officially kick off on Saturday afternoon at The Forks. The Scotiabank Stage will host international and local talent beginning at 5 p.m. A  number of family activities and a cultural market are also planned. An ambassadors parade will follow at 6 p.m.

Can’t make it out? Shaw TV (channel 9) will broadcast live from The Forks beginning at 7 p.m.

Admission into each pavilion this year is $6 per person, $54 for a Family Pack of 12 tickets, or free for children under 12. VIP World Tour passes are $69.95 per night and include admission to three pavilions, express entry, luxury motorcoach service, complete meal with alcoholic beverages and reserved seating. Early demand for World Tour passes has been so great, additional packages have been added, say organizers.

Don’t forget about the free weekday entertainment highlighting some of this year’s Folklorama acts at Old Market Square.

For a complete list of this year’s pavilions, visit Folklorama.ca.

← Previous: Fields Will Be Rockin' This Weekend in Minnedosa Next: Provincial Health Officials Warn of Extreme Heat →
Tags: Concert | Folklorama | The Forks