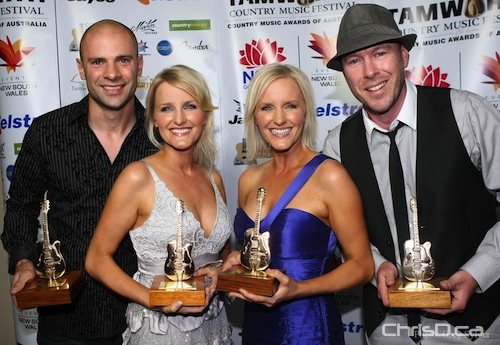 Jetty Road is currently on tour playing some of Canada’s biggest musical festivals, and will include Winnipeg on their list of destinations September 1 and 2, 2010.

The country music “Group of the Year” may still be fresh in the minds of fans who saw them perform at Dauphin’s Countryfest in 2008.

Tickets for the show at the Pyramid Cabaret are $10 at Ticketmaster, Kustom Kulture or at the door.

← Previous: Is It Safe to Cross Yet? Next: Songstress Sierra Noble Performs in Old Market Square →
Tags: Concert | Pyramid Cabaret