Home » News » $3 Billion in Crops Could Be Lost to Flooding

$3 Billion in Crops Could Be Lost to Flooding 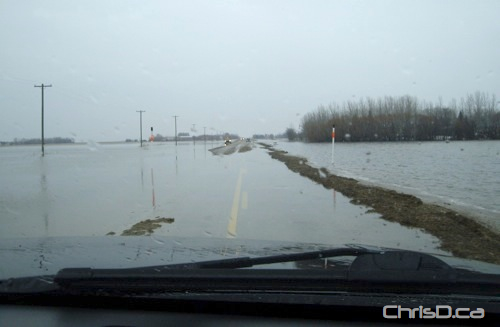 Prairie farmers in Canada may lose up to $3 billion combined this year after heavy rains and flooding made weather headlines for much of the spring and early summer.

Numbers released over the weekend by BMO Capital Markets Economics say the economic impact of the loss is similar to the BSE crisis seven years ago, which hit farmers with $5 billion in losses.

“Farmers in the affected region on average have seen almost 20 per cent of their crops unplanted,” said Douglas Porter, Deputy Chief Economist with BMO Capital Markets in a news release.

A Financial Flood Relief Program has been setup by BMO to assist farmers who are suffering from extensive crop damage.

The program is specifically designed for producers directly affected by the flooding and those in related industries who will face cash-flow challenges in the coming months given their dependence on a productive agriculture industry. The program is available until November 30, 2011, giving producers time to market a portion of next year’s crop.