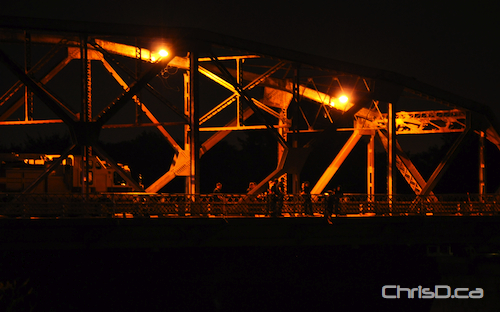 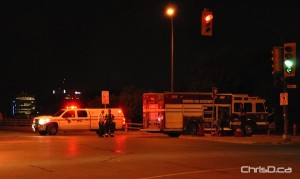 Winnipeg police responded to a call of an alleged jumper on the Louise Bridge Thursday evening.

Emergency crews blocked the immediate area around the bridge shortly after 9 p.m.

Just after 10:30 p.m., the unidentified individual was safely in the hands of police personnel.

The bridge was reopened to traffic shortly thereafter.

Winnipeg Transit was forced to reroute its buses around the hectic scene.

The Louise Bridge made headlines again last July when police pulled a body from the nearby Red River.