Three suspects are in police custody following a fire in the new development of Sage Creek Sunday night.

Flames engulfed a home currently under construction on Blue Sun Drive at around 10:15 p.m.

The area is notorious for having one of the slowest emergency response times in the city. In July, a new fire paramedic station was unveiled for the neighbourhood. Construction has yet to begin.

The Arson Strike Force is investigating.

UPDATE: Monday, August 16 — Police say two 18-year-old men and a 17-year-old male youth are facing charges, including break and enter. Damage is estimated at $200,000. No one was injured in the blaze.

The below shot was taken Monday afternoon. 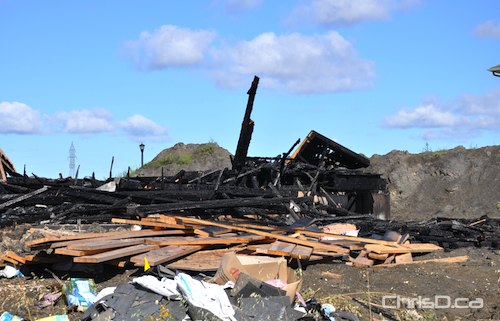