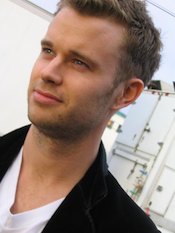 A former Winnipegger-turned-actor is walking from Winkler to Winnipeg on Tuesday to raise money for two women’s shelters in the province.

Steve Braun (right) has appeared in such TV hits as “CSI: Miami,” “Bones,” “The Mentalist,” the movie “Harold & Kumar Go to White Castle” and a list of others. He currently resides in Los Angeles.

Braun will begin his more than 150 km trek from the Winkler Rec Centre at 9 a.m. and will end up at Memorial Park by Friday.

Braun will be supporting Genesis House in Winkler and Ikwe in Winnipeg, both of whom provide a warm, safe community to women in need.

The cause for the walk is a personal one, as a symbol of Braun’s great-grandmother, who in the 1930s was forced out of her home in Lowe Farm, Manitoba with the threat of violence. She had no choice but to walk more than 10 miles away to the next closest farm house in Altona to find shelter.

The walk is scheduled to take roughly five days to complete.

Donations can be made securely through WalkForTheShelters.com.