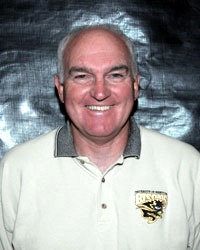 The inaugural head coach of the Manitoba Bison women’s soccer program has stepped down due to undisclosed medical reasons.

Walt McKee, 61, has 37 years of coaching experience under his belt and helped lead the Bisons to a winning regular season record of 35-32-5 plus two playoff berths.

“I have enjoyed my tenure at the University of Manitoba — it has been a privilege to work with such dedicated and hard working student-athletes and staff who are committed to competing at the CIS level,” McKee said in a statement.

McKee started the Bison women’s soccer program as a club team with assistant coach Gary Johnson in the 2000 season and was instrumental in bringing the program from club to varsity sport status in 2005.

The Manitoba Bisons women’s soccer program will have a new head coach on the bench for the first time since the team entered the CIS (Canadian Interuniversity Sport) in the Canada West conference starting in 2005.