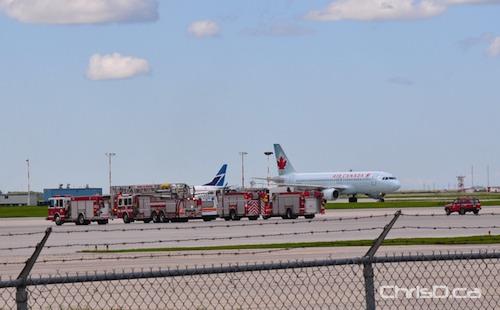 The aircraft was travelling from Toronto to Vancouver when the pilot noticed a crack in the plane’s windshield.

Flight 169 landed at 2:21 p.m. — less than 15 minutes after the airport was notified that the flight needed to make an emergency landing.

Passengers were told to expect about a 7-hour delay while another aircraft from Toronto was flown to Winnipeg.