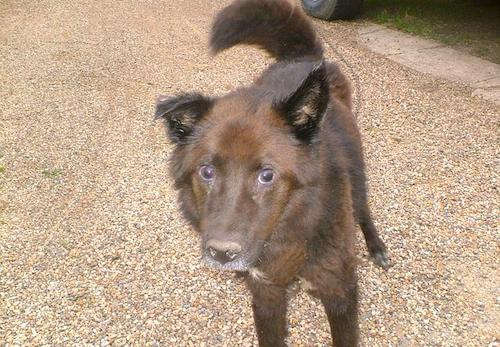 A silent vigil planned tonight for a neglected border collie/husky mix has been cancelled.

Hull’s Haven Border Collie Rescue said a five-year-old dog, Rudi, had been chained up in his own Winnipeg backyard and had stopped eating. The dog has blood in his pupils and has spent the last 18 months tied down with nowhere to go.

The owner of the dog allegedly did not want to seek medical attention for the animal, despite being offered free treatment.

A volunteer with the shelter was able to convince him on Wednesday afternoon to take the dog to a veterinarian.

“Now Rudi has given up, his fur is matted and dry, his ears fly-bitten and sore, and his ribs showing. He is dying,” the group wrote on a Facebook page earlier in the day.

Hull’s Haven says the provincial veterinarian and the WHS did not do anything to assist in this particular situation.

We contacted the Winnipeg Humane Society about Rudi, but haven’t heard back.