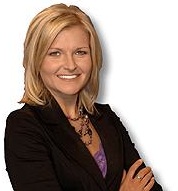 We’ve learned who will take over the coveted weekend anchor chair at CTV Winnipeg, and it turns out to be a Global Regina personality.

Nancy Carlson will replace Caroline Barghout behind the desk on Saturdays and Sundays as Caroline moves to a weekend reporter role.

As we reported first, it was Caroline’s decision to switch up her duties and report on the weekends and three days during the week.

Nancy Carlson is originally from Edmonton, but has spent the last few years in Regina as a reporter and anchor. Her last day at Global is September 3.

She will begin her duties at CTV on September 16.