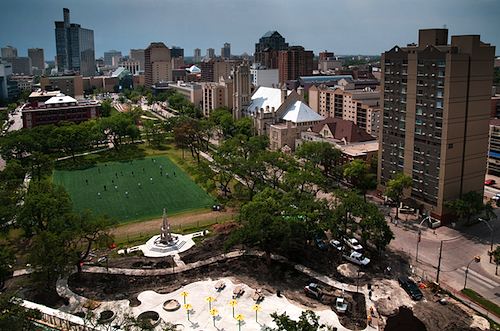 A rejuvenated Central Park will be on display Thursday afternoon during an official grand opening ceremony.

The $5.6 million investment to clean up the park was announced back in June 2008 by the three levels of government. Donations from the Gray Family, The Winnipeg Foundation and Centre Venture Development Corporation also helped fund the project.

One of the main improvements will be the unveiling of the restored Waddell Fountain, which hasn’t worked in over a decade.

Scatliff Miller Murray is the architectural firm behind the facelift, and says the public will absolutely love what they see.

Community programming will continue into the evening.

About 70 percent of all refugees who migrate to Winnipeg live in and around the Central Park area.