Home » Photos » Barge Full of Entertainment and Culture at The Forks

Barge Full of Entertainment and Culture at The Forks 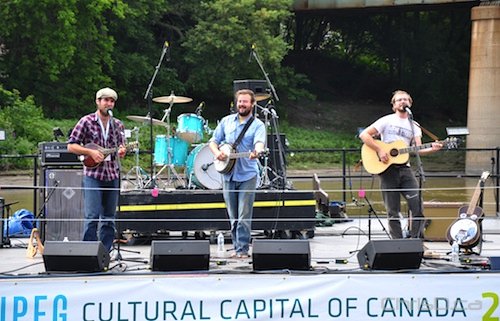 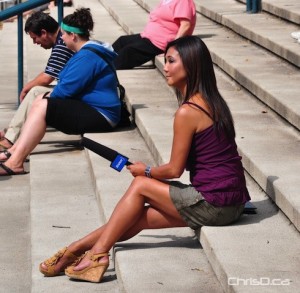 Hundreds of people at The Forks took in a number of stellar performances on Wednesday from the many bands in this year’s River Barge Festival lineup.

The first-ever event is unique for Winnipeg, and one that Arts for All hopes will return next year based on its early signs of success.

On the first day, the Crooked Brothers (above) were just one of many acts to belt out tunes from the floating barge stage. Shaw TV’s Tracy Koga (left) later interviewed some of the acts as they made their way back on solid ground.

Tunes will go until Sunday, when the five-day festival wraps, but for now it will be the centre attraction at the popular tourist destination.

The floating barge concert series is being held in celebration of Winnipeg being named the Cultural Capital of Canada for 2010.

The Crooked Brothers perform at The Forks in 2010. (MARC EVANS / CHRISD.CA FILE)

← Previous: How to Make Phone Calls from Your Gmail Account Next: Auto Glass Repair Claims Made Easier for Manitoba Motorists →
Tags: Concert | The Forks