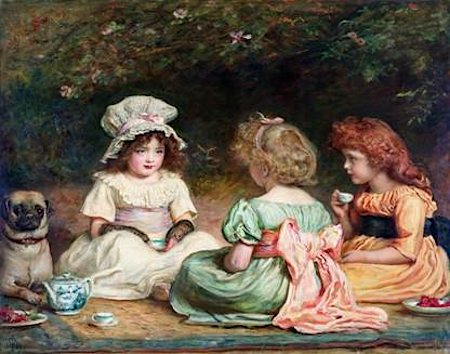 The Winnipeg Art Gallery has acquired one of the finest paintings created by Sir John Everett Millais, a leading 19th century British artist.

The large canvas entitled “Afternoon Tea” (or The Gossips) and dating to 1889, was received as a gift from the Honourable Douglas Everett of Winnipeg and his family in memory of his wife Patricia Everett.

The painting is valued at $2.75 million according to the Canadian Cultural Property Review Board

It’s one of the largest gifts of an individual artwork to the WAG in its 98-year history.

The painting will be unveiled at the WAG Wednesday, September 22 during the Annual General Meeting at 7 p.m. It will be on view in Gallery 2, one of the six galleries devoted to the long-term display of works from the permanent collection.