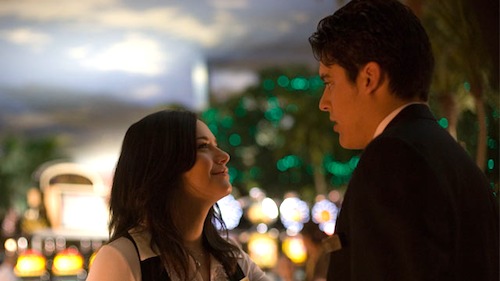 The third season of the TV drama “Cashing In” has began production in and around Winnipeg.

The half-hour drama is set on the fictional Stonewalker First Nation in Southern Manitoba. Nestled comfortably beside an affluent beach community, the North Beach Casino is a successful gaming facility jam-packed with sharp executives, smooth dealers and rising stars.

Seven new half-hour episodes will be produced this season, which has helped many Aboriginals find work in training positions, such as crew and entry-level internships, to key position upgrades. Training has also taken place for a number of screenwriters, producers and directors, who were mentored in their specific areas.

Shooting takes place at rural locations in and around Bird’s Hill, Selkirk, Lockport and Scanterbury. Locations inside Winnipeg include Canad Inns, Calm Air, and the Canadian Mennonite University.

Production is scheduled to wrap September 21, 2010.