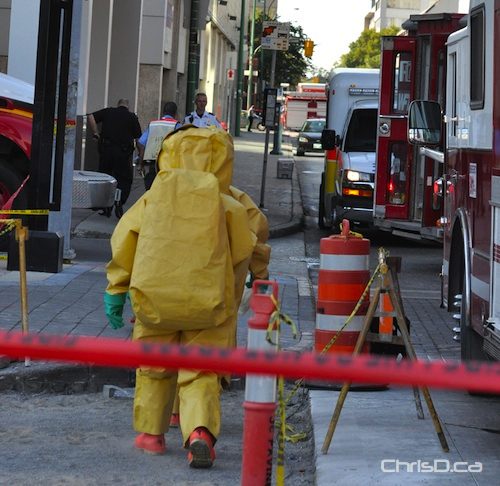 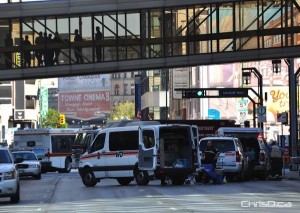 The Canada Post building in downtown Winnipeg had to be evacuated Friday morning following reports of unknown green substance spilling out from an envelope.

Emergency officials, including the HazMat unit, responded at around 7:30 a.m. to the Graham Avenue building and evacuated staff.

Smith Street was blocked off to traffic during the morning rush hour to make way for nearly a dozen emergency vehicles on scene.

Witnesses say a letter carrier was handling a damaged envelope when he began to feel “lightheaded.”

A Canada Post worker and supervisor were decontaminated by the HazMat team, and were sent to hospital for observation. By 12 p.m., one of them had already been released.

Staff made their way back into the building shortly after 11 a.m.

The substance in question turned out to be a vitamin supplement that wasn’t packaged properly.