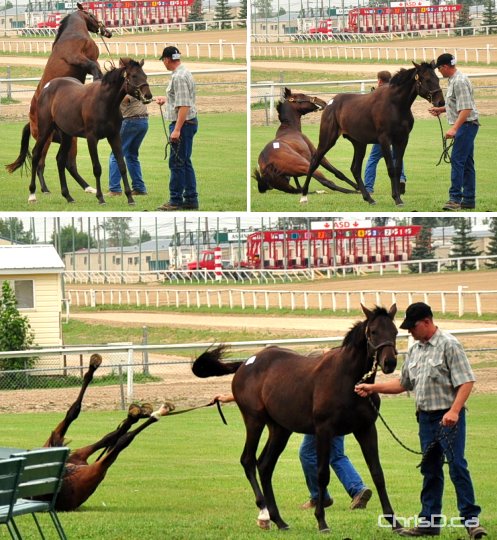 A horse rears up and falls over when its handler attempts to round it up at Assiniboia Downs on Sunday, August 29, 2010. (MARC EVANS / CHRISD.CA) 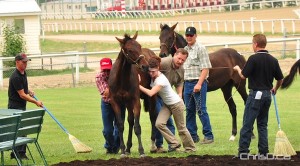 This particular horse did not want to be rounded up Sunday during the yearling auction at Assiniboia Downs.

Its handler had to bring it extra help when the animal decided to fall down on its butt and create a scene. Eventually the horse was brought back to its feet, and all was well. The animal wasn’t injured.

Horse expert Trina Maus says for safety reasons it is common to lead a horse with a chain over its nose, similar to using a choke collar on a dog, but if you don’t let up on the chain they will sometimes continue to pull back to get away from the pressure.