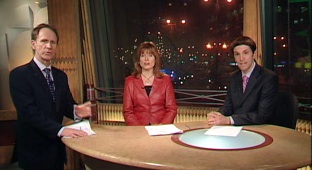 CBC Manitoba has four openings in its Winnipeg newsroom for three English reporters/editors and an associate producer.

The broadcaster posted the full-time jobs Tuesday afternoon on its website.

One of the reporter/editor positions is only temporary, while the others are of regular status.

To view the individual postings, select “Current Openings” and then choose Winnipeg from the location list on CBC.Radio-Canada.ca.

On another note, “CBC News: Winnipeg” was nominated for a Gemini award on Tuesday in the best newscast, large market category. Reporter Sheila North-Wilson also received a nomination for a three-story series on Winnipeg’s ‘homeless hero’ Faron Hall in the category of best breaking news coverage.

The 25th annual Gemini Awards will be handed out over a period of three gala events in November.