Gary Filmon, Burton Cummings Being Invested into Order of Canada 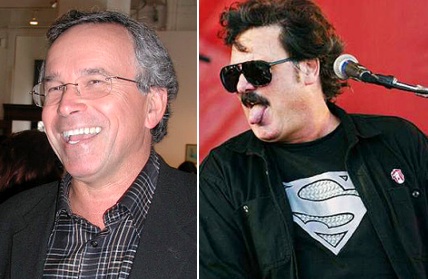 Gary Filmon and Burton Cummings will be invested into the Order of Canada during a ceremony on Friday at Rideau Hall in Ottawa. (FLICKR / MYSPACE)

Former Manitoba Premier Gary Filmon and Winnipeg musician Burton Cummings will be invested into the Order of Canada as Officers Friday morning in Ottawa.

Governor General Michaëlle Jean will preside over the investiture ceremony at Rideau Hall to recognize a lifetime of outstanding achievement, dedication to the community and service to the nation.

Gary Filmon served as Manitoba’s 19th premier from 1988 to 1999 and improved the province’s finances and oversaw record levels of economic growth. He also introduced multicultural policies and programs, and championed sustainable development and environmental issues. Filmon also served as chair of Canada’s Security Intelligence Review Committee. In 2009, he was made an Officer of the Order of Canada.

Recent U.S. citizen Burton Cummings is being honoured for his numerous benefit concerts in support of the Canadian Cancer Society, the National Ballet of Canada and the Variety Club, as well as in support of his fellow Manitobans following the 1997 Red River flood. Cummings co-wrote many classic songs as a member of the Guess Who and as a solo artist, and was a pioneer in bringing Canadian rock music to an international audience.