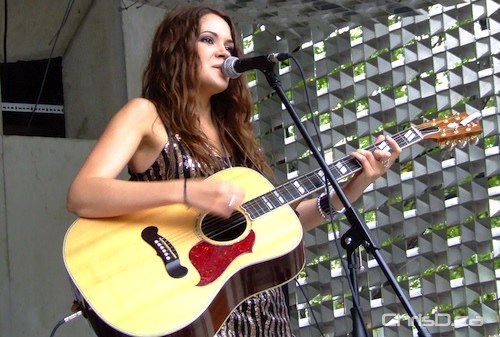 The Manitoba Museum’s summer “Shakin’ All Over” exhibit is coming to an end next week, but will go out with a bang with local singer-songwriter Sierra Noble before it does.

The museum has been the host of a summer-long celebration of Manitoba’s music. Shakin’ All Over is a multimedia celebration of the many facets and genres of music in the province.

Noble will perform Saturday alongside such talent as the Juno award-winning Joey Gregorash, Grammy-nominated rap/hip hop artist Fresh I.E., The Parting Shot and “Neil Young’s Winnipeg” — a visual and musical journey through Neil’s past with John Einarson and Bill Laing.

The performances run from noon to 4 p.m.

The exhibit closes on September 6.