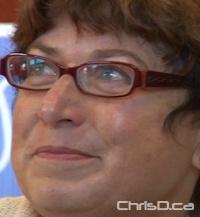 The job-training positions were announced Monday during a news conference on Dufferin Avenue and was unveiled as the second plank in Wasylycia-Leis’ five-point crime prevention program.

Vulnerable people would be paired up with city workers and perform such tasks as pruning trees and repaving back lanes over the next four years.

The former NDP MP did not say how much the program would cost.

Wasylycia-Leis will continue her campaign stops tonight by meeting with residents in Wolseley to discuss issues of concern. The talks begin at 7:30 p.m. at Robert A. Steen Community Centre.