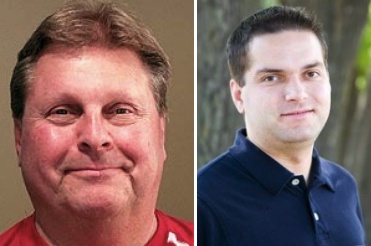 Olynik, a 17-year veteran school trustee in River-East Transcona, says Councillor Browaty’s campaign is compiling its e-mail lists illegally from residents in the ward without their permission. Olynik claims Browaty’s official agents sent an e-mail to his wife for fundraising, at an address that would have otherwise been only attainable if she had sent a formal complaint or request for information to City Hall electronically.

Browaty’s campaign vigorously disputes that accusation, saying an e-mail list of constituents is only collected if they contact his office. In this case, Mrs. Olynik contacted Browaty in 2008 regarding a community issue, his campaign said. Browaty sends out a quarterly e-mail to people that contact his office and states recipients, particularly Mrs. Olynik, had the opportunity to remove herself from the list.

Olinyk also accused Browaty of keeping him away from the office building where he has his own election office. Olynik says the developer claimed he could not secure a short-term lease in the same building as Browaty. “This appears to be a double standard,” Olinyk stated. Browaty’s campaign says it’s common in commercial leases to establish exclusivity clauses. They compare it to a pharmacy leasing space in a strip mall, which prevents another pharmacy from setting up shop.

Another blow to Olinyk’s campaign came in the form of having 20 of his election signs removed from private property last weekend. While Olynik doesn’t clearly accuse Browaty of any wrongdoing in this case, he makes note that Browaty’s signs were still standing. A police report was filed as a result of the theft. Councillor Browaty isn’t exempt from election sign theft himself, saying he’s had several signs stolen and vandalized. “The innuendo that Browaty’s campaign was involved in any disappearance of signs is completely unfounded and libellous,” the councillor’s campaign office said in an e-mail to ChrisD.ca.

Finally, residents of Agassiz Apartments contacted Brian Olynik and asked for a lawn sign. Shortly after, the incumbent’s team put up a large 4×8 sign on the same property. Management allegedly contacted Olynik to remove his sign, citing it was on private property, while the opposition’s sign remained. Browaty’s campaign says permission for his signs was given by Agassiz management and there appeared to be confusion regarding the policies regarding election signs.

One sign for Browaty’s campaign is said to be “illegal,” by Olynik, citing it’s on public property at the corner of Gateway and Springfield. Browaty’s campaign says the owner of the home backing onto those streets gave them permission to put up a sign against their fence, which is believed to be on private property.

The back and forth accusations will likely continue until the October 27 election, but Olynik is calling for there to be a more even playing field with mutual respect and fair play. Browaty’s campaign calls all of Olynik’s allegations “over-the-top.”