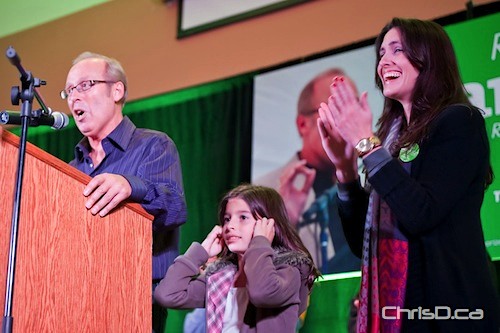 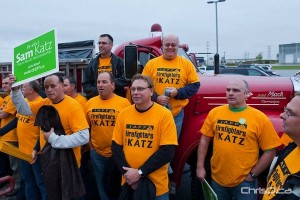 Mayor Sam Katz fired up a large group of supporters who showed up to a rally in his bid for re-election Wednesday night.

Katz’s team filled the Centro Caboto Centre on Wilkes Avenue, where he had the complete support of the International Association of Fire Fighters and the United Fire Fighters of Winnipeg.

“Mayor Katz has supported fire fighter issues and will continue to do so when re-elected,” said Alex Forrest, UFFW president.

As for what Katz discussed last night, no major policy announcements were made, but the mayor did touch on crime prevention, criminal punishment, and his accomplishment to have lowered business taxes.

Later today, the mayor will attend a reception for young business professionals and leaders in the Filipino community put on by the Manitoba Filipino Business Council.