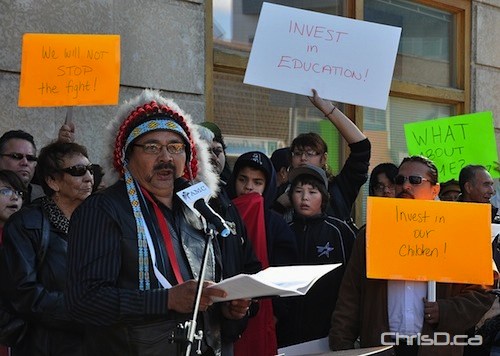 Roughly 100 aboriginals gathered for a rally Friday to protest a lack of funding for provincially-run schools on First Nations communities.

Protesters outside an Indian and Northern Affairs office building called conditions inside the schools “deplorable” and demanded the federal government boost funding and improve the facilities.

The Assembly of Manitoba Chiefs — the organizing body behind the rally — said aboriginal students who want a post-secondary education aren’t graduating high school due to the quality of education offered on reserves.

Similar rallies were held throughout Canada this week.