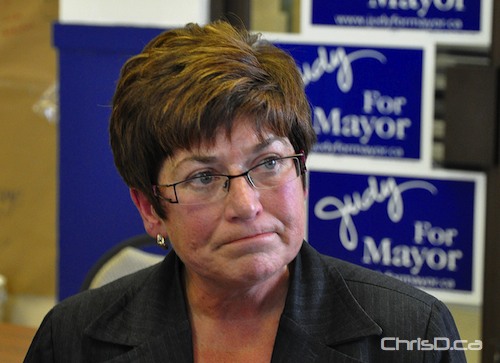 Mayoral candidate Judy Wasylycia-Leis is going for the youth vote by launching a text messaging service to keep voters in the loop on her campaign announcements.

“We’ve found that many voters are already getting much of their information about the campaign electronically, and younger voters in particular have asked for more options to stay connected with campaign events,” Wasylycia-Leis said on Saturday.

Those voters wanting to opt-in can send a text with the word “Judy” (no quotes) to 393939. Text message updates will be sent out approximately once per week.

“Tools like text messaging don’t replace the traditional forms of campaign communications, but they do offer a new avenue to engage voters — in particular younger voters who may never have cast a ballot in an election before.”