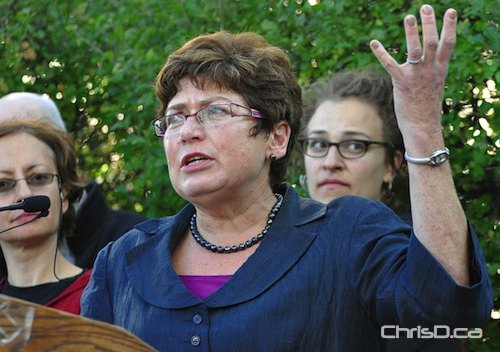 These policies would be enacted through the creation of a local food policy council, which would also work to strengthen the relationship between farmers and restaurants. No firm cost was revealed on creating the council, but Wasylycia-Leis said it would be minimal.

On the heels of the second annual Ciclovia event, she also vowed to create a pedestrian mall in the city.