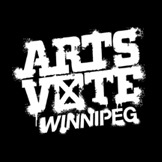 Members of Winnipeg’s arts community are ensuring arts and cultural issues are highlighted by mayoral candidates leading up to next month’s civic election.

“While Winnipeg boasts an arts and cultural community second to none, we are asking the candidates to consider what pro-active steps they might take to secure Winnipeg’s future as a leader in arts and culture as a cornerstone to creativity, innovation and the emerging knowledge economy,” said Thom Sparling, spokesperson for ArtsVote Winnipeg.

ArtsVote Winnipeg has outlined two main priorities they say need to be addressed before the October 27 election.

The first is a visionary cultural policy, in which Winnipeg must actively support a move towards recognizing the vital role culture can play in the city. The second priority is to increase investment to arts and culture, and make leaders see the many benefits of a thriving arts and cultural scene.

A mayoralty forum on arts and culture will take place Tuesday, October 12 at 12 p.m. at the Tom Hendry Theatre at the MTC Warehouse.

Also at the Tom Hendry Theatre will be a lecture series examining the role the cultural sector has in collaboratively shaping the future. Dr. David O’Fallon will be the speaker on Wednesday, October 6. Tickets are $20 by calling 927-2787 or e-mailing [email protected].