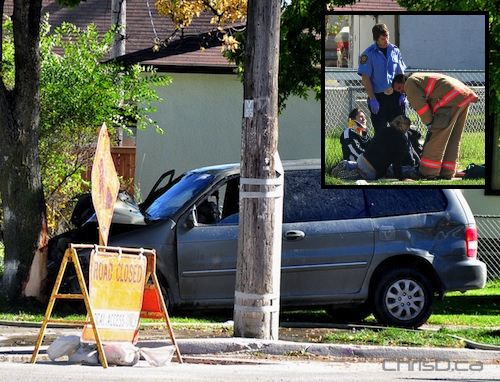 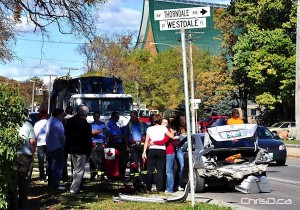 Seven people were sent to hospital with unknown injuries Wednesday after a multi-vehicle crash on St. Mary’s Road.

The accident happened shortly after 2 p.m. near Thorndale Avenue.

Witnesses reported as many as four vehicles were involved, which tied up traffic on northbound St. Mary’s.

Winnipeg police closed the stretch of road between Frederick Avenue and Lennox Avenue until just before 4:30 p.m.

Those taken to hospital are said to be listed in stable condition.

No word yet on what led to the crash.