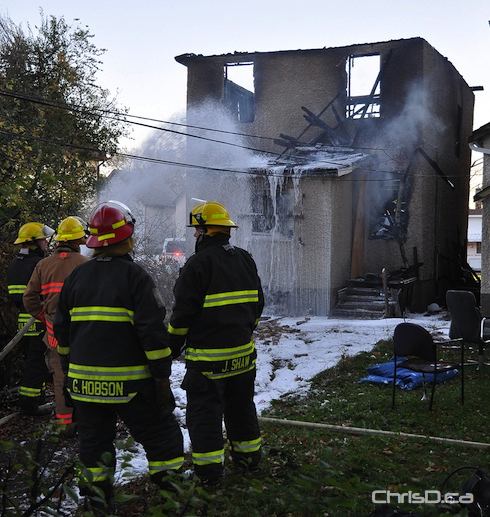 Flames engulfed this home on Flora Avenue early Friday morning. Firefighters had the blaze under control at around 6 a.m. No word yet on a cause. (MAURICE BRUNEAU / CHRISD.CA) 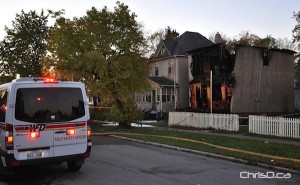 An early morning fire that ripped through an abandoned two-storey home in the North End sent at least one firefighter to hospital.

Crews were called to the 700 block of Flora Avenue at around 5 a.m. to extinguish a blaze near Arlington Street.

The firefighter who was taken to hospital is in stable condition and is said to have twisted his knee, according to those on scene.

Traffic in the area was snarled until around 6 a.m., when the blaze was finally put out.

← Previous: Anti-Litter Campaign Cleaning Up Downtown Streets Next: U of M Raises Over $47K for Cystic Fibrosis →
Tags: Fire