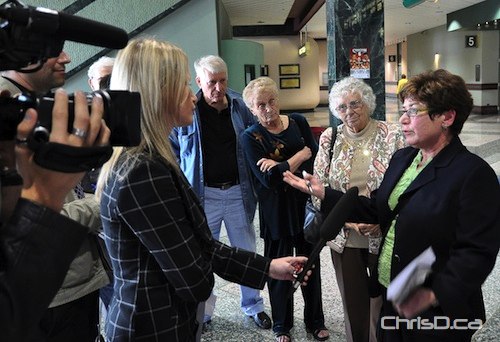 On the day the Manitoba government announced $362,000 in funding for age-friendly work in the province to benefit seniors, Judy Wasylycia-Leis unveiled her own senior initiatives.

If elected on October 27, the former NDP MP would decrease transit fares for seniors from $1.85 to one dollar during the off-peak hours of 10 a.m. to 3 p.m. to make transportation more affordable.

Wasylycia-Leis also pledged to expand the “snow angel” program city-wide, which provides resources for seniors’ centres and community groups to pair community volunteers with seniors in need of assistance with having private walkways shovelled.

Another one of Wasylycia-Leis’ promises is a property tax deferral plan geared at having seniors over the age of 65 put off paying property taxes until their homes are sold, excluding the interest that they would pay.